New Project Announced! "SET THE NIGHT ON FIRE," the official autobiography of Robby Krieger from The Doors!

Rolling Stone has just announced a project I've been working hard on for the past couple years:

Set The Night On Fire: Living, Dying, and Playing Guitar with The Doors -- the official autobiography of guitarist Robby Krieger 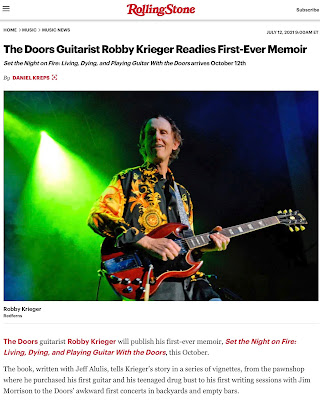 I've been wanting to shout about this one for a long time! This is Robby's first book ever, and it is full of never-before-told stories from his time with the Doors and beyond. We put a lot of labor (and a lot of love) into creating a narrative that will offer a fresh perspective on the band's history, and that will be accessible to new fans and long-time fans alike.

I was a HUGE Doors fan growing up...in fact, the first song I ever sang on stage with a band was "Roadhouse Blues" at age 13. Working with Robby has been an honor and a privilege, and also a total pleasure since he's one of the sweetest guys you'll ever meet.

Pre-Order Your Copy Now! You don't want this one spoiled for you!! 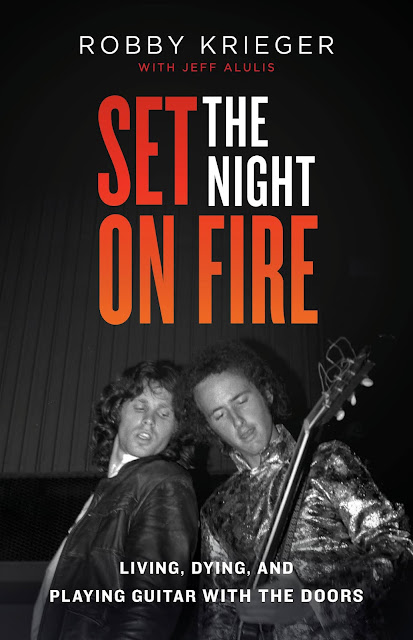